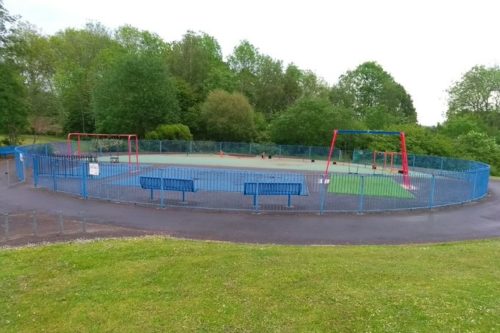 It has been a while since we have been able to publish an update on the (lack of) progress on getting new play equipment installed in the playground off Drovers Way in Clos Park Radyr.

We have recieved the note below from Jamie Grundy who organised the crowdfunding campaign for the new play equipment.

Hello everyone. I wanted to update you on the current state of play with the park and more after delays due to lockdown and (before that) the storms in February:

Although all the equipment has been purchased and ready to install, there is a significant problem with the drain underneath the play park and Redrow have agreed install a new drain to remedy this. Currently we are at a stage where Cardiff Council are due to pass the plans for this work to Redrow. Unfortunately this has not yet happened. This drainage work has to take place before the equipment is installed. I and others have been lobbying behind the scene for this to happen.

This has recently been followed by the following response from Peter Bradbyrt, Cardiff Council Cabinet Memer for Culture and Leisure.
Dated 8 September 2020

I am responding to your email dated 5 August, copied into myself and others. I apologise for the delay in responding, but issues around the delays to the playground refurbishment work are complex.

I can appreciate the frustration within the local community regarding this issue, particularly after all the local fundraising efforts and time spent planning the playground refurbishment work, but the February flood has changed the perception and risk assessment of the park area in relation to flooding. Officers have given consideration as to how the playground proposals could be modified to allow the playground refurbishment work to take place pending future resolution of the drainage issues, however the current advice si that in order to safeguard the investment to the play area and prevent further impact on the surrounding area, modelling of the flood risk status of the culvert will be required before any surface water drainage improvements or work on the play area can be undertaken